Most of our readers will have noticed that The Norwegian Research Council has allocated NOK 30 million in earmarked funds for ME research. Here we present briefly the four projects that have received funding, but first a glance at how the process took place.

What was special about this process is, firstly, that The Research Council requested input from patients, relatives and professionals in the field. The response did not fail, and they received more than 700 inputs. Secondly, as far as we know, it is the first time that patient organizations including relatives have participated in an advisory user panel that assessed applications in round one. In round two, applications were considered by an international research panel.

It feels incredibly nice to read statements like these:

«The Research Council’s experience has been very useful and we will especially mention the enthusiasm and dedication of the patients and their relatives who exceeded all of our expectations. They have helped to fund projects of high professional quality and potentially of very useful value.»
«It has been very rewarding to work so closely with the users in an area where the need for knowledge and commitment is so great. Thank you to all who have contributed. »
Research Council Director John-Arne Røttingen

Read more about the process on The Research Councils’ website (Norwegian, use i.e. Google Translate)

The research project at the University of Oslo has the title «Genetic studies in CFS/ME to investigate the potential involvement of the immune system and reveal biomarkers». The researchers will study genetic risk variations for autoimmune diseases, asking the question «What can the genes of the sickest ME patients tell us about their immune system?»
OUS published a comment on Facebook as the grants were published (Norwegian)

The title of the project at the University of Bergen is «Defective Energy Metabolism in ME / CFS». They will study disturbances in energy metabolism as a possible factor in the disease mechanism. They hope that the study will give us a better understanding of the causes of ME. Learn more in their own review (Norwegian)

The research project at the University Hospital of Northern Norway, Harstad dept, is called «Fecal microbiota transplant in chronic fatigue syndrome – an RCT». This means they are going to carry out a fecal transfer study, where they will change the intestinal flora of patients to see if it will make them better.

SINTEF, in cooperation with Fafo, will study «Individuals and families affected by CFS/ME: Population characteristics, service use and needs». In short, it means that they will both look at the demographic and socioeconomic backgrounds of ME patients and their families, and how they are met by public services, at work and at school.
Fafo has posted a status of the funding on Facebook (Norwegian)

The project has outlined three so-called work packages. Work package 1 wishes to use register data to learn more about who the affected households are and to look at how the disease affects work participation and sick leve among household members. Work Package 2 will, through qualitative interviews, try to capture the variation in user perspectives and experiences, while Work Package 3 is a survey aimed at estimating the probability of ME patients being classified under some other diagnostic codes. 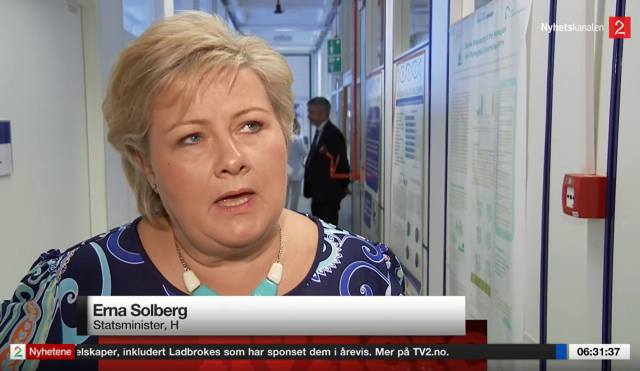 The Research Council has, as far as we know, not yet published what amount each project is awarded, which may mean that changes must be made if someone receives less than they have applied for.

______
Editors’ note:
We will try to post updates of as the recipients publish information about their projects.
Follow The ME parents on Facebook (more posts on our Norwegian page here) and on Twitter. We will also share any requests for participants from the researchers.